Tying the Devil in Knots 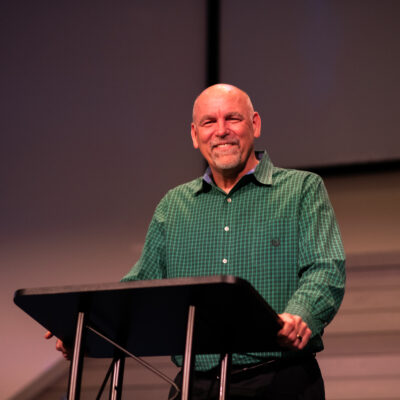 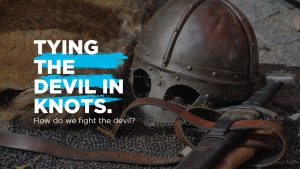 e self-titled amazing “Bishop Robert” took to the stage at a big conference and launched into prayer where he proceeded to “bind the devil” and “cast him out,” not only from the convention center, but from the entire city! The crowd erupted in praise because somebody finally hogtied the devil and nullified his activities. The hyped-up throng then begin to visualize the devil underneath their feet and they practiced stomping him. It made for good theater but it was bad theology. If we could tie the devil up by simply declaring that he was bound and rendered ineffective, it would sure solve a lot of problems.

Unfortunately, Bishop Robert couldn’t and didn’t stop all of the devil’s activity that night. Even Jesus, when he met Satan in the wilderness, didn’t just simply tie him up and throw him out. Satan merely gave up and waited for a more opportune time.

So, how are we to fight against this age-old adversary that we call the devil? Paul would reveal, in Ephesians 6:10 – 19, that it begins with standing and withstanding. Satan and his minions are surely coming at you looking for a fight or at least a foothold. He is actively forming weapons against you as you read this. He may use fear, intimidation, discouragement, accusation, condemnation, or isolation. If those don’t work, he will introduce you to false teaching, deceit, suffering and persecution. He would love to get you into the trap of resentment, bitterness, criticism, unforgiveness and comparing yourself to others. He will definitely attack the word of God and the character of God. Lastly, he may use illness, opposition, temptation even a suicidal spirit and this nowhere near exhausts the list of his weapons.

And what is our response? We stand against these strategies. We endure, resist, be faithful to the end, never give up, pray, stand on Scripture, never lay down our sword which is the word of God, or our shield of faith and we overcome by the blood of the lamb. None of this is as glamorous as yelling at the devil and stomping on him but it is the language of the New Testament when it comes to confronting demonic powers.

Look to Jesus as an example as someone who showed us how to stand. Before his crucifixion, Jesus stood before the Roman governor named Pilate. Pilate was under a lot of pressure to consent to Jesus’ death. While he and Jesus were talking Pilate, in frustration, blurted out that Jesus should know that he had authority to free him or crucify him. Jesus answered him bluntly; “you would have no authority over me at all unless it had been given you from above” (John 19:11). Even at that intense moment Jesus knew that whatever authority Pilate thought he had was only given to him from a higher authority who had a higher purpose and was going to see to it that his purpose was accomplished. This was the greatest scheme the devil ever tried to pull off and Jesus didn’t call down legions of angels and hogtie the devil; he simply stood. He stood knowing that God’s sovereignty would prevail. He stood fully trusting the Father. It led to his death, but it also led to his resurrection and our redemption.